Today is Saturday. A day dedicated to Lord Shanaischaran (Saneeswarar is more colloquial).

Shanaischaran means someone who walks slow. The Lord, among the Nine Planets is the son of Lord Surya and is apparently handicapped in his leg and hence moves very slowly once He enters one's Janma Rashi, 7 1/2 years to be precise. 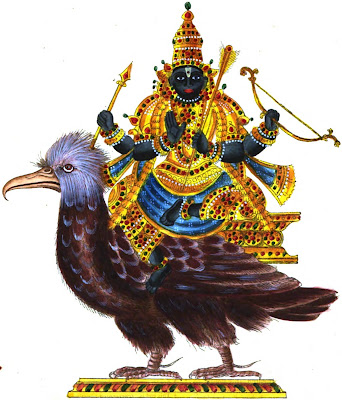 But that’s not always the case, for He is a very benevolent, great Teacher and guides His devotees in the path of righteousness during this period. Yes, he pushes one to the brim but when the said devotee surrenders to Him completely, one can only come out with worldly wisdom and knowledge.

The Lord has many shrines for Him, especially and mostly inside Shiva temples as part of the Navagraha shrine or even as an individual one. The Lord is almost always facing West and his back towards His father, Lord Surya who is always facing East. Lord Shani likes dark blue and black colours and Till is the preferred offering to the Deity. 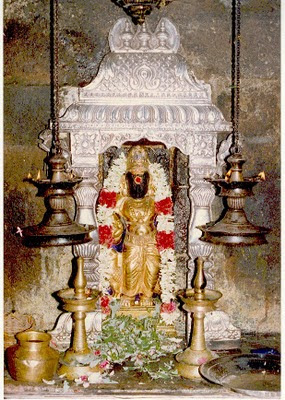 But the two most popular ones are separate shrines at Sri Abatsagayeswarar Temple, Thirunallaru in Puducherry and a Swayambu Shrine at Kuchanoor in Tamil Nadu (near Theni hillside). One can reach Thirunnalaru by road from Chennai via Pondy or by road from Mayiladuthurai aka Mayawaram. Kuchanur is reachable only by road while driving from Theni towards Cumbum.

Did you know there are two more interesting shrines for Him?

One is at Nachiyar Koil near Kumbakonam where He is present with His two wives Mantha Devi and Jeshta Devi and two children, Mandhi and Kuligan. This is also a Shiva temple where Sri Ramanatha Swamy is the main deity. Legend has it that King Dasharatha once fought against Lord Shani, not with a sword but with his intellect and Lord Shani was mighty impressed with him in this regard and sanctioned him a boon, to which the King requested the Lord to remain on Earth and bless all those who came there to seek his divine vision. Many years later, Lord Sri Ramachandramurthy visited the place where His father during this incarnation has installed the Lord Shani idol and He also installed a Shiva Linga, which surprising measures exactly the same as the one in Rameswaram. Such is the greatness of this holy shrine which is less than 1,000 metres from the famous Nachiar Koil Temple which houses Sri Maha Vishnu & Maha Lakshmi. 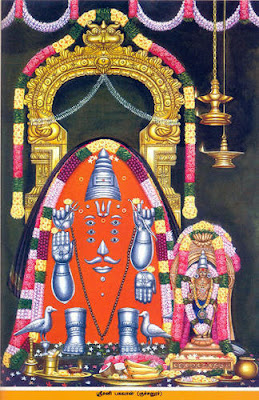 The other temple is at Thirukollikadu, inside Sri Agnieeswarar Temple where the Lord is famously known as Pongu Saneeswarar, which is located 55 kms from Kumbakonam. Pongu Sani is the second time one inherits the 7 ½ Shani period in their lives. It is said that the Lord relieves His devotees of their dush karma if they visit this shrine during their 7 ½ Shani period.

Sarathy, your friendly Travel Companion will be able to arrange trips to these Temples soon. Stay tuned. 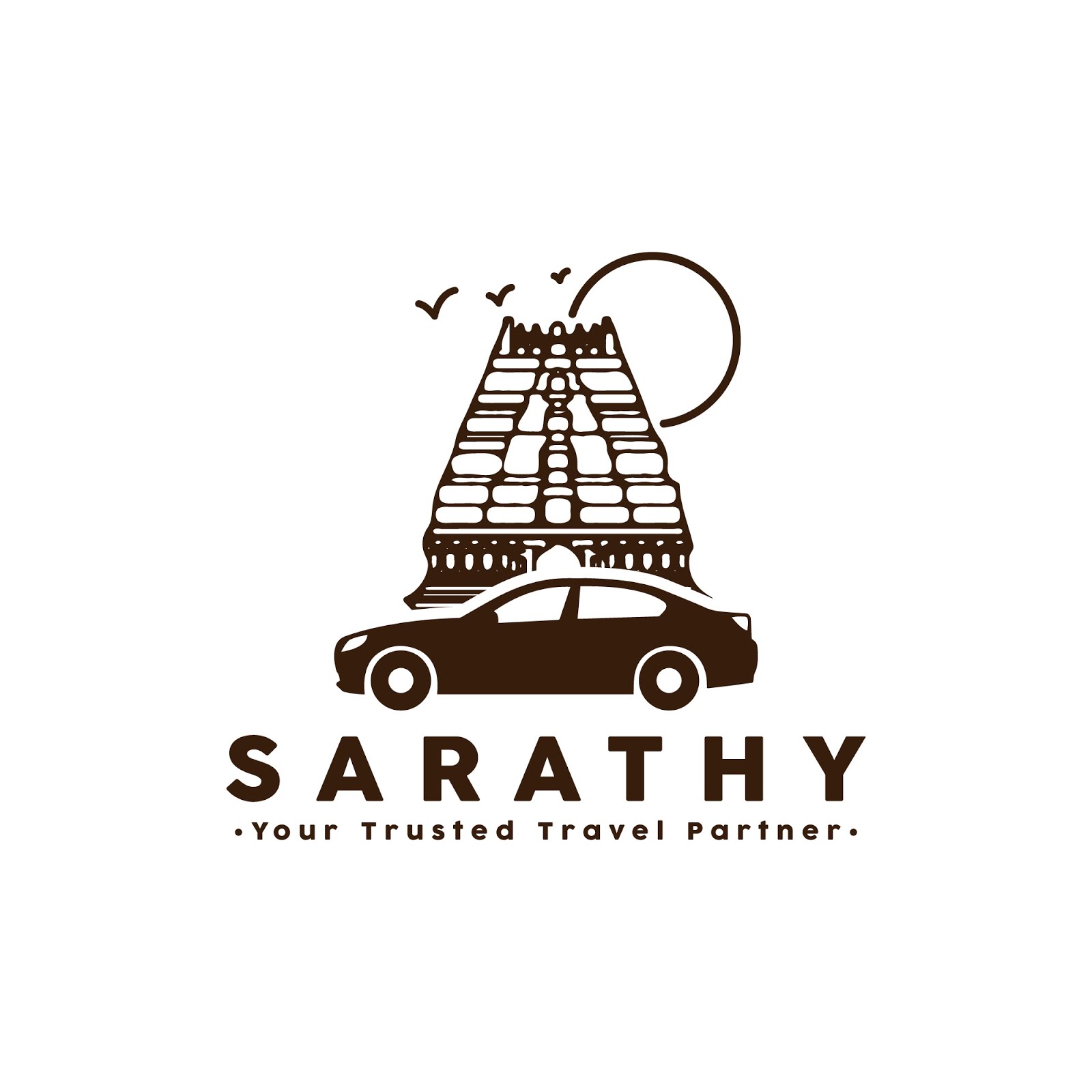